David Milberg Strikes a Fine Balance Between Banking and Broadway

admin July 14, 2021 The Latest New In Home-Based Business Comments Off on David Milberg Strikes a Fine Balance Between Banking and Broadway 10 Views

A man of many talents, David Milberg may be best known for his influence in the financial world, successfully helming his family business venture, Milberg Factors, Inc. However, David Milberg is also a very influential person in the world of theater in New York, participating in shows from his time in college to productions on and off-Broadway.

David Milberg is a graduate of Princeton University and received his MBA from the Columbia University Graduate School of Business. Milberg’s first permanent position after college in 1987 was with Bankers Trust Company, where he worked in the Loan Sales and Syndications Department. He established relationships with bankers at various foreign and domestic banks and was instrumental in selling over $1 billion of participations in BT’s loans to leveraged buyouts. From 1990 to 1995, Milberg served Lehman Brothers in the Investment Banking Division. Starting as a Summer Associate, Milberg worked his way up the ladder to become a Vice President working with the Natural Resources Group and then the Media and Communications Group. He operated with high-profile clients on stock offerings, debt offerings, and mergers and acquisitions. 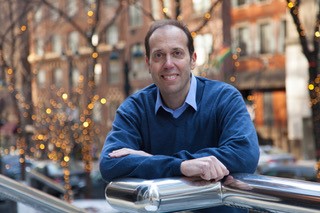 Today, David Milberg is a senior member of the management team of Milberg Factors, Inc and is one of three shareholders in the company. Milberg joined the family business in 1995 and grew to become President of the company from 2009 to 2015, modernizing the firm and overseeing many important client relationships. Milberg stepped down as President of the firm in 2015, but he remains an active member, handling a number of client accounts and overseeing banking relationships as well. He is also a member of the company’s Board of Directors.

David Milberg might have chosen a career in finance, but one could argue that his first love might have been something a bit more creative. David was involved with the arts during his time at Princeton, participating in multiple shows as an actor and director. In fact, David even took a year off from college to pursue theater internships in New York City.

David worked at Theater for the New City as well as Playwrights Horizons, where he worked with Peter Parnell on the show “Romance Language.” David’s present Off-Broadway involvement includes his contributions as a Board member of the Prospect Theater Company, a theater company that has developed a network of over 1,000 artists and presented over 30 musical premieres.

David Milberg has strong ties to the commercial theater world of Broadway as well. Fresh out of college, David worked as a production assistant on the Broadway show “Honky Tonk Nights.” He later began to invest in commercial theater endeavors. He began as an investor in the Broadway show “The Producers,” starring Nathan Lane and Matthew Broderick, which premiered in 2001. That show would go on to break records and win 12 Tony Awards, including Best Musical. David has participated in several other productions, including the return of the show “Pippin”, directed by Diana Paulus.

Today, David Milberg sits on various boards for different organizations involved with the theater and the arts. He is a trustee of the Princeton Triangle Club and a Director of the Prospect Theater Company, a theater troupe that continues to develop new artists and bring new quality shows to audiences while fighting racism in the performance world. He is also a notable supporter of the Lincoln Center Theater and the Lincoln Center Business Council.

David Milberg has given back to society in addition to the work he has done in the financial community. David has worked with non-profits like Big Brothers and Big Sisters. He has also been recognized for his contributions to the Metropolitan Jewish Geriatric Center as well as by New York’s Accountants and Bankers division of Big Brothers Big Sisters with a salute to his assistance.

To find out more about David Milberg, be sure to check out Milberg Factors, Inc and the Prospect Theater Company in New York.

I guess it had to happen. Eventually. The end of the S corporation, I mean. People have complained about the loophole, gosh, probably since President Eisenhower’s administration created it. The triggering event? President Biden and the House Democrats’ tax proposal to subject working S corporation shareholders to the net investment income tax. But the situation […]

$100M Offers: How to Make Offers So Good People Feel Stupid Saying No

(as of September 21, 2021 22:50 GMT +00:00 - More infoProduct prices and availability are accurate as of the date/time indicated and are subject to change. Any price and availability information displayed on [relevant Amazon Site(s), as applicable] at the time of purchase will apply to the purchase of this product.)

(4157)
$11.99 (as of September 21, 2021 22:50 GMT +00:00 - More infoProduct prices and availability are accurate as of the date/time indicated and are subject to change. Any price and availability information displayed on [relevant Amazon Site(s), as applicable] at the time of purchase will apply to the purchase of this product.)

100 Cars That Changed the World: The Designs, Engines, and Technologies That Drive Our Imaginations

(785)
$9.99 (as of September 21, 2021 22:23 GMT +00:00 - More infoProduct prices and availability are accurate as of the date/time indicated and are subject to change. Any price and availability information displayed on [relevant Amazon Site(s), as applicable] at the time of purchase will apply to the purchase of this product.)

(9)
$25.49 (as of September 21, 2021 22:50 GMT +00:00 - More infoProduct prices and availability are accurate as of the date/time indicated and are subject to change. Any price and availability information displayed on [relevant Amazon Site(s), as applicable] at the time of purchase will apply to the purchase of this product.)