Thrive in a To-Do List-Dominated World

admin April 9, 2017 The Latest New In Home-Based Business Comments Off on Thrive in a To-Do List-Dominated World 19 Views 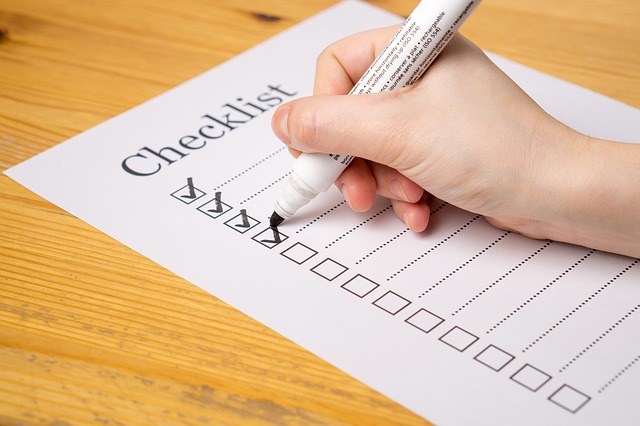 As you go through life, you develop habits and routines that you think will help you succeed. The problem is, many of those patterns probably don’t work for you personally. What’s productive for your coworker may not work well for you, for example. Or a strategy that was effective five years ago may no longer work. Even your instincts can lead you astray. But you can change habits and patterns that don’t serve you. You can refocus your attention, redirect your thoughts, and generate greater motivation, energy, optimism, and creativity, as well as more rewarding relationships.

You can become a “Thriver”: someone who works hard, meets or exceeds expectations, and enjoys high levels of personal and professional success, accompanied by lower stress levels. To start reclaiming the goals that once inspired and excited you, you’ll have to change the way you approach your day. Instead of a worker whose actions are dictated by supervisors and to-do lists, you’ll need to begin acting like the CEO of your own life. Read on for a few CEO-worthy tactics that will help you start thriving immediately:

Figure out what’s doable in a day. Set realistic boundaries. Create goals that can be accomplished in the space of a day. Remember, nearly all problems, challenges, and needs are best faced if they are brought down to the scale of “what can be done right now” by taking on “one small piece” of a difficult situation.

Get big things done before 9:00 a.m. (instead of snoozing, procrastinating, and lurking at the water cooler). Ever notice how your morning sets the tone for your whole day? As Sir Isaac Newton famously said, “Objects in motion tend to stay in motion.” So if an object (you) gets a groggy, frustrating start, you’ll probably feel sluggish and behind the eight-ball all day long. However, if you start your day with positive and productive ideas, actions, thoughts, and feelings, you’re likely to gain momentum throughout the day.

DO first, then KNOW (not the other way around). Most people believe that the knowledge that something is important should make you want to do it. But in reality, that’s not the case. First, you must do something! If you experience positive feelings, attitudes, and results because of your action, you will learn that whatever you just did is good, and you’ll want to do it again, and again, and again. Over time, you’ll develop a new habit, and you’ll become an evolved person. In other words, you must DO in order to KNOW in order to BE different.

Own up to your junk hours. “Junk hours” are a little like junk food: While they provide short-term pleasure, they contribute to long-term imbalance and exhaustion. For instance, junk hours might include chasing rabbit trails on the Internet, shooting the breeze with colleagues at the water cooler, checking email in order to avoid doing other work, or even attending an unnecessary meeting. In order to maximize each day, you need to own up to your junk hours and exchange your low-value “junk” activities for ones that build greater health and value into your workday.

Instead of adding to your to-do list, build a new pattern. To build a productive new pattern into your life, you usually won’t have to add new tasks to your day. Instead, you’ll simply do what you are already doing, or want to do, in a way that becomes habitual. For instance, if you want to wake up an hour earlier so that you can jump-start the day, you simply have to change the time your alarm rings and the time you go to bed. If you want to be more productive at work, you might have to replace aimless procrastination with scheduled breaks. In both cases, you’re changing the way you perform existing tasks, not adding new ones.

Start with one thing. Then add another. Then another. Don’t take on more than you can handle. Break each goal down to its smallest components, and then pick one of them to tackle. Pursue this change until it becomes a habit, and then move on to the next one. Start with one thing and don’t add another until you’re ready. Positive motion creates positive emotion.

Make a big-box checklist. It’s a given that you have a to-do list. Maybe it’s on paper, on your smartphone, or just in your head…but you have one. It’s also highly likely that your list isn’t as useful as it could be. Too often, you get stuck doing the urgent instead of the important. Here is a solution: Make an actual, on-paper checklist each afternoon for the following day or each morning. Put a box by each task — the more important that task is for you to complete that day, the bigger its box should be.

Think about it so you don’t have to think about it. We all have “those” tasks and obligations that eat up a lot of our time, that we find difficult and frustrating, or both. Figure out where these areas are for you and commit to learning a new pattern. Learning new patterns can initially be tedious and laborious. But once they’ve taken hold — often in three weeks or less — they’ll speed up your performance, streamline your effort, and lower your stress. By putting in some thought about “problem areas” now, you’ll save yourself from having to think about them later.

Infuse meaning into your work. First, let’s get one thing straight: Doing meaningful work does not mean that you will “love” every second of it. “Meaning” can simply be a recognition of what you enjoy about your work. With that understanding, though, you’ll be more motivated, productive, and satisfied.

Seek to serve, not shine. To some extent, it’s human nature to look out for Number One. We all want to rack up accomplishments, receive accolades, and garner recognition. But in many situations, the desire to shine can cause you to get in your own way. Ironically, the key to shining is putting others first. People who channel their efforts toward making others’ lives easier are nearly always respected, included, and considered valuable. When you help others reach their goals and become their best, you’ll usually find that the same things happen to you.

Fill up your energy bank account so you can make withdrawals when you need them. Know your needs and capacities and try not to exceed them on a regular basis. In other words, get enough sleep. Eat nutritiously. Exercise when time permits. That way, when you do find yourself needing to push the limits, you’ll have a healthy margin of energy, motivation, or whatever to draw on. Manage what you can manage as often as possible in order to compensate for what you cannot manage.

Forget the future. Thrivers trust in an execution mindset and focus their attention and efforts on the here and now. That’s because nobody can predict when or under what conditions the future is going to unfold. The only thing a person truly can do is to focus on the processes of today—and live them out to the max. That’s not only going to produce personal peace in the present tense, it’s going to be the best possible preparation for whatever the future holds.

Forgive yesterday so you can work on today. Treat yourself with the same compassion and generosity you’d extend to another person who’d messed up or fallen short of a goal. Remember, nobody is perfect. We all make mistakes. What sets Thrivers apart is the fact that after a fall, they forgive themselves faster, get back up, and continue the journey forward.

By making small changes in how you approach your day, you can begin to take back your to-do list and accomplish the big goals that will really help you thrive. It’s time to stop allowing your quest for success to leave you feeling tired, stressed, and disillusioned. So, how will your tomorrow look different from your today? What is one small change you can make right now to start rewiring the patterns that define your life?

Previous How to Effectively Juggle Office Life and Remote Work Through Three Simple Strategies
Next 188: How to Build Two Successful Blogs (and the Pros and Cons of Doing so)