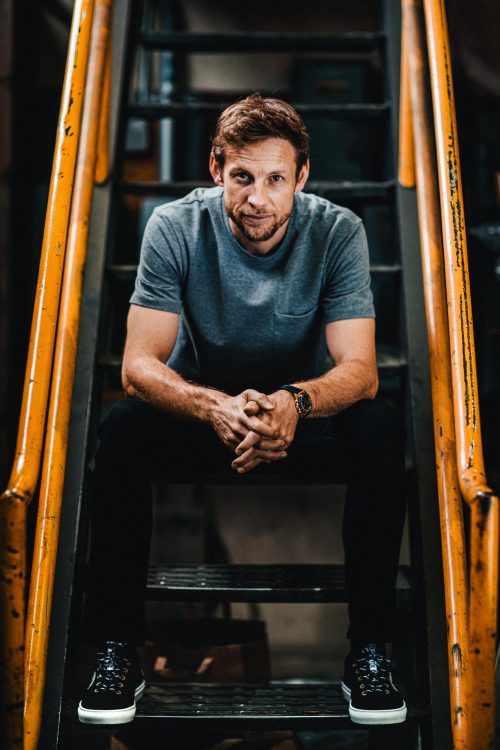 Introducing the Duke + Dexter racing pack; an all-new collaboration with one of the most iconic faces of British motorsport — Jenson Button.

The thrills, the spills, the glitz and the glamour of motor sport are all bought to life by this eclectic reflection of the past and present of the world’s most dangerous and daring sport.

With input from Jenson, this collection of loafers, boots and sneakers are the backdrop for adrenaline rush moments, fuelled by a pedal to the metal mentality that celebrates the history of man and machine going to their limits — and as with all Duke + Dexter’s, they’ve been made right here on the British Isles. Each pair of Duke + Dexter shoes is designed in London and handmade in the brand’s family-run Sheffield workshop. With over 80 years of experience in making footwear, each pair has a blend of traditional and innovative construction techniques, making Duke + Dexter’s as durable as they are comfortable. 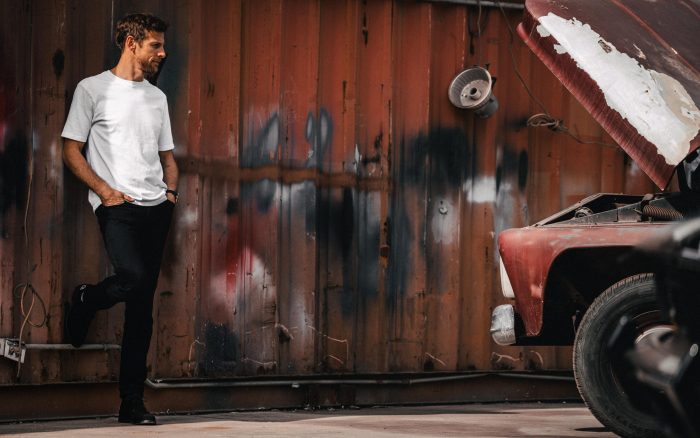 From Jenson’s iconic number 22, to some Duke + Dexter led particulars, this collection has been steered by the former Formula One world champion, charting his evolution in motor sport, shifting from the tarmac to the desert as he takes on the Baja 1000 — the world’s most dangerous race.

The perfect reflection of what it means to be on the hunt for success, Baja exposes it’s racers to desperate lows in the desolation of the desert; but keeps them pushing their engines through the night with the promise of their name going down in legend — even if that’s just because they successfully cross the finish line, let alone win.

It’s this struggle to live the adventure, to succeed in the dream that others daren’t think of that gives us focus in our latest project — in pursuit of adventure. Baja, and Jenson’s venture into the unknown, gives us an insight of the efforts that athletes, explorers, daredevils and risk takers go to so they can do the impossible, push the envelope and make what others can only dream a reality. 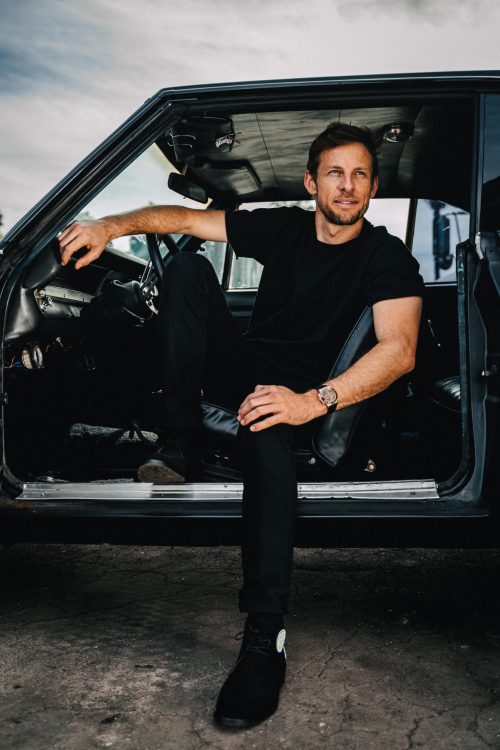 It all sounds glamourous — the grit and the glory — but the pursuit of adventure campaign is about more than a celebration of the pitfalls and successes along the road of finding the adrenaline rush. It’s also about building a place to talk about just how low the darkest moments on our own pursuits can take us.

As the ambassador of our latest release, the Duke + Dexter Hiker Low sneaker, Jenson Button is no stranger to facing up to adversity, whether he’s pushing his mind or his body to the limit.

We’re all human — no one is invincible, but from the outside looking in, you’d be forgiven for thinking that Jenson is some kind of hero. With over 309 F1 races under his belt, a world championship to show for them, and a lifestyle to boot that includes being a successful triathlete, it’s hard to see the problems that can come along whilst holding the hand of success. 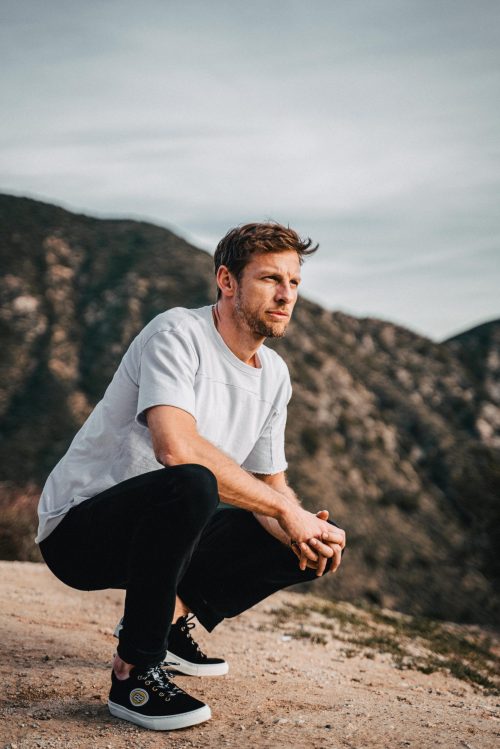 However, late last year, Jenson spoke of the anxiety he suffered from being in the cockpit of his car. After coming out of a sequence of corners at the Shanghai Grand Prix in 2004, 4G’s of force knocked the air from his lungs. Struck with panic, he nearly blacked out behind the wheel whilst flying over the tarmac at unimaginable speeds.

It wasn’t the last time Jenson would get that same sense of helplessness — panic attacks during treatments for injuries, and a sense of overwhelming claustrophobia on airplanes were just some of the personal battles in Jenson’s pursuit of adventure, but the more it went on, the clearer it became that these hurdles weren’t physical — they were mental.

This kind of story often goes amiss — whilst we’re busy celebrating the wins, we forget the adversity that came along the road to get there. 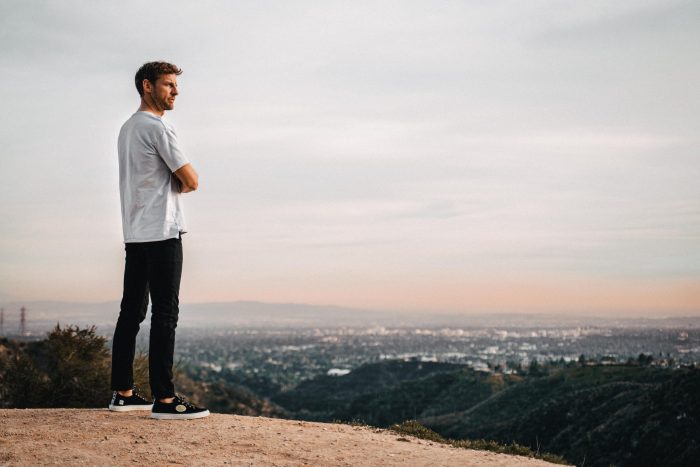 Since his record tenure as one of Britain’s favourite Formula One drivers (which saw him crowned World Champion), Jenson has been busy. Keeping all things with an engine and wheels in his daily routine, he’s launched his own team: Rocket Motorsport — and brought them to Baja. Baja 1000 is a great reflection of why Jenson is involved in this latest Duke + Dexter range — as ever, it’s centred around being unique, unmissable and empowered. Jenson, bringing his skill from the track to the desert, embodies one’s dreams to go further, be braver and do more.

How to Get Your Freelance Clients to Pay on Time

Quick Guide for Flipping Houses in 2020

Everything You Need to Know About Real Estate Development in Dubai

Play your cards right and you can ensure some of the highest returns in what is considered to be one of the most interesting and expensive markets.

The post Everything You Need to Know About Real Estate Development in Dubai appeared first on Home Business Magazine.

(2)
$9.99 (as of n/a - More infoProduct prices and availability are accurate as of the date/time indicated and are subject to change. Any price and availability information displayed on [relevant Amazon Site(s), as applicable] at the time of purchase will apply to the purchase of this product.)

(248)
(as of n/a - More infoProduct prices and availability are accurate as of the date/time indicated and are subject to change. Any price and availability information displayed on [relevant Amazon Site(s), as applicable] at the time of purchase will apply to the purchase of this product.)

(1749)
$11.99 (as of n/a - More infoProduct prices and availability are accurate as of the date/time indicated and are subject to change. Any price and availability information displayed on [relevant Amazon Site(s), as applicable] at the time of purchase will apply to the purchase of this product.)

ABCs of Buying Rental Property: How You Can Achieve Financial Freedom in Five Years

$19.95 (as of n/a - More infoProduct prices and availability are accurate as of the date/time indicated and are subject to change. Any price and availability information displayed on [relevant Amazon Site(s), as applicable] at the time of purchase will apply to the purchase of this product.)