admin January 5, 2018 The Latest New In Home-Based Business Comments Off on S Corporation Shareholder Salaries and Sec. 199A Deduction 318 Views 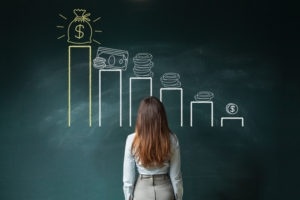 While setting a low salary saves payroll taxes, the new Sec. 199A pass-thru deduction means you may want to pay shareholders and non-shareholders wages more.

I’m going to talk about this complexity a bit here. And then I’ll also identify which S corporations and shareholders need to be alert to this counter-intuitive wrinkle.

How Sec. 199A Deduction Works

For example, if a single shareholder S corporation earns $50,000 after deducting shareholder-employee payroll, the Sec. 199A deduction creates a $10,000 deduction on the shareholder’s 1040 tax return.

The savings created by the Sec. 199A deduction equal the deduction amount times the taxpayer’s top tax rate.

How Wages Impact Sec. 199A Deduction

For most S corporation shareholders, W-2 wages don’t impact the Sec. 199A deduction.

The Sec. 199A formula gets complicated. Just so you know. I’ve only scratched the service in this blog post.

But this possibility we’re discussing means, in some cases, an S corporation shareholder-holder may want to look at increasing her or his salary in order to increase her or his Sec. 199A deduction.

When to Bump Shareholder-employee Wages?

Okay, most S corporation shareholders don’t need to think about bumping shareholder-wages in order to minimize their overall taxes.

Which means the gambit saves more income taxes that it costs in payroll taxes. And this savings occurs at all tax rates.

An important point before any of us get too excited about this “opportunity.”

The 199A statute, specifically 199A(b)(4)(B), says W-2 wages “…shall not include any amount which is not properly allocable to qualified business income.”

You can’t just set your wages by looking at what optimizes the combination of your payroll tax savings and your Sec. 199A deduction tax savings.

However, you’re here reading this blog post wondering how all these puzzle pieces fit together. So let me say this. The optimal wages amount (expressed as a percentage of the business profits before deducting wages for any employees) equals roughly 28.5714%.

This percentage flows from solving for this formula:

Apply what you remember from high school math and you get the result:

Quick Example of How Optimum Works

Just so you understand this, assume a business’s profits before deducting any wages equals $1,000,000. (I’m picking a nice round number to make the math easy.)

And this redundant note: At a wage level above $128,400, bumping wages only adds a 2.9% or 3.8% Medicare tax. So the net result of higher payroll taxes and lower income taxes results in savings.

If the bump in wages caused someone to pay the full 15.3% Social Security and Medicare tax, the math doesn’t really support bumping the salary.

Tip: If you’re struggling with how to balance the Sec. 199A rules with a payroll-tax-saving salary for an S corporation shareholder-employee, you might also be interested in our downloadable e-book, “Setting Low Salaries for S Corporations“.

Two quick comments in closing. First, though you can’t set your salary by calculating the optimum, you do want to stay alert to the interplay between the Sec. 199A deduction and the payroll tax savings your S corporation generates.

Second, if you’re at an income level where you may want to bump your salary, take the time to do the math. Make sure, maybe by getting your accountant’s help, that you really do get the Sec. 199A deduction in the first place. (Not everybody does.) And verify the incremental wages’ payroll tax costs and the tax savings from the increased Sec. 199A deduction.

Additional Resources You May Find Useful

Previous 230: How a Blog Helped Grow My Voice Coaching Business
Next How to Stop Perfectionism from Ruining Your Business