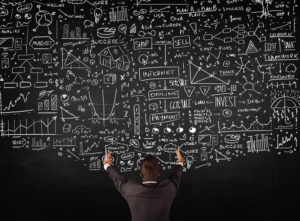 The S Corporation Section 199A deduction gets complicated. Especially for S corporation business owners who don’t get good advice from a knowledgeable tax accountant.

Accordingly, this short post explains how an S corporation handles the Section 199A deduction.

More specifically, the post describes how wages play into the calculations—and when they don’t matter. It briefly discusses when an S corporation should increase shareholder-employee wages. And finally it points out a subtlety some S corporations and their accountants miss.

Let’s assume an S corporation generates $100,000 of business profit before paying the owner any wages.

Further, let’s assume that a careful analysis of what would be an appropriate owner salary leads to a decision that the S corporation pay its single shareholder-employee $40,000.

Two, maybe obvious, observations: You look at the K-1 for the income that generates the 20% deduction. And the W-2 wages you pay (to yourself or other employees) potentially reduce your Section 199A deduction because W-2 wages reduce your business income.

So that’s the basic formula…

The final Section 199A deduction, however, equals the lesser of the 20% of the qualified business income for the S corporation (which is what is shown on the K-1) or 20% of the taxpayer’s taxable income.

And this wrinkle makes the connections between S corporation business income and W-2 wages complicated.

Further suppose this taxpayer has $60,000 of deductions for things like health insurance, a pension, a mortgage and some other stuff as well..

The important note here: In a case like that in the above example, W-2 wages paid by the S corporation to a shareholder-employee don’t–do not–limit the Section 199A deduction.

But this insight isn’t actionable. S corporations always pay their shareholder-employees as little as they can because that gambit also saves payroll taxes.

When Shareholder-employees’ W-2 Wages Should Be Raised

In a handful of situations, an S corporation should look at breaking the usual S corporation rule (pay shareholder-employees as little as possible) because paying more wages to these folks saves taxes due to Sec. 199A deduction.

Here’s why that’s the case: For single shareholders enjoying a taxable income of more than $157,500 and married shareholders earning more than $315,000, the W-2 wages paid by, and the depreciable property owned by, the S corporation may limit the Sec. 199A deduction.

The math your tax accountant does to calculate the limitation gets very complicated. But you can apply four rules to know whether or not you need to increase your shareholder-employee W-2 wages.

In your situation, the W-2 wages your S corporation pays you don’t limit the Sec. 199A deduction. And you can therefore ignore the wages limitation stuff.

Note: The S corporation rules require you to pay reasonable compensation to shareholder-employees. And you still need to do that. But you only need to consider that usual rule–not anything about the Section 199A formula.

Just so you know, if you pay Social Security taxes on the increase, you won’t save much money by raising your wages. But you will save a little bit.

If you pay only Medicare taxes on the increase, you will actually save quite a bit of tax by bumping your wages.

Here’s another straightforward rule: Professionals like doctors and lawyers (and any other “learned profession”), investment advisers, athletes and performing artists don’t need to worry much about wages limiting the Section 199A deduction.

But when wages matter to a “specified service trade or business” which is what the Section 199A calls these folks, wages really matter to the formula.

The Section 199A math for these specified service trade or businesses gets complicated. (I go through the gritty details here: Section 199A Deduction phase-out calculations.)

And I’d say what you want to do is just ignore the Section 199A complexity. Or maybe let your accountant deal with the messiness.

A Section 199A Subtlety Many Miss

Before we end this discussion, you want to consider one other point.

But you want to be careful here.

Especially in situations where a business includes activity which counts as a specified service trade or business, you’ll need to break apart your S corporation’s activities into separate trades or businesses–and then make the Section 199A calculations for each separate business unit.

If you need to learn about how to do this, check out this earlier blog post: Section 199A Trade or Business Concept Deconstructed.

Other Resources You May Find Useful

If you need to back up and start with a primer on the Section 199A deduction, refer to our Pass-thru Income Deductions: 12 Things Every Business Owner Must Know article.

This blog also discusses other key elements of the Section 199A in these posts:

199A Deduction: Calculating Your Tax Savings

Previous 268: How Anita Diversified Her Blogging Income and Depended Less On Page Views
Next Will Your Small Business Owe GILTI Tax?