admin May 26, 2020 The Latest New In Home-Based Business Comments Off on Maximize PPP Forgiveness with Five Tips 4 Views 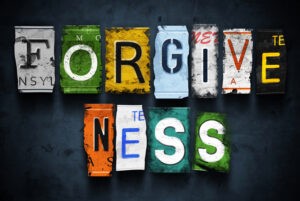 Fortunately, the rule details you need to understand? Straightforward in most cases. This blog post explains what you need to know.

And a quick note as we start. The Small Business Administration published the Interim Final Rule on PPP loan forgiveness late in the day May 22nd, 2020.

Tip #1: Use the Covered Period for Payroll Costs

A first tip to maximize PPP forgiveness? Use the eight week covered period that starts when you get the PPP loan. Not the alternative covered period which starts the day the next payroll period starts. (You get to choose which eight weeks you look at.)

For example, say you run semi-monthly payroll, pay on the last day of the “half month,” and get your PPP loan on May 26th.

In this case, the covered period that starts on May 26th ends 56 days later on July 14th. (I just counted out the weeks on a calendar.)

But the first payroll period in this eight week interval? It ends May 31st. And weirdly it includes 14 days of payroll before May 26th (from May 16th through May 25th).

You see the loophole, right? By using the covered period and the interim final rule’s “hack,” you get to count payroll for 70 days. Not 56 days.

Those extra days may help you accumulate enough payroll.

A Word about Alternative Covered Periods

By the way, if you use the alternate covered period, you start your eight weeks of payroll cost tracking the day the next payroll period starts. The payroll period also needs to be bi-weekly or shorter.

With the alternative covered period, you still count payroll paid and then also payroll incurred and paid with the next regular payroll. But the way the formula works? Yeah, you only get eight weeks, or 56 days, of payroll.

Tip: Do double-check that the regular eight week covered period lets you maximize forgiveness. In situations where your payroll fluctuates—perhaps you furloughed employees early in the Covid-19 pandemic—sometimes the alternate covered period pushes more payroll costs into the forgiveness formula because it starts later when you may have more people working.

Okay, an awkward trick the interim final rules allow. If you pay an employer retirement contribution during the eight weeks, that should count as payroll.

Between you and me? I would not rely on this gambit as a trick for inflating your payroll costs. But if you’ve done everything else in a right and righteous way and you have the option to make the 2019 employer pension fund contribution during the eight week covered period? Well, discuss this with your tax accountant. Let’s leave it at that…

The loan forgiveness formula limits owner compensation replacement to 8/52nds of what the owner earned in 2019.

You can grumble about this tweak to the statute. But you also want to make sure, after you’re done with any grumbling, that you pay the owner at least the 8/52nds of her or his 2019 compensation. So, double check this. You want to be sure to pay enough during the eight weeks.

The precise formulas vary slightly depending on the type of business:

Four quick notes: First, the interim final rule—or least its current language—reduces a partner’s maximum owner compensation payroll for the employer half of self-employment taxes but not a Schedule C sole proprietor’s.

Second, a partner or proprietor gets no additional forgiveness for retirement or health insurance contributions since these amounts get “paid out of their self-employment income.” (That makes total sense.) Owner-employees do, by the way.

Fourth, owner-employees don’t count retirement or health insurance toward the $15,385 limit. (Neither, by the way, do non-owner-employees.)

Tip #4:  Use the “Incurred and Paid Later” Gambit for Non-payroll-costs

The same bookkeeping approach you use for payroll can be used for non-payroll costs.

For example, say your eight week covered period runs from May 26th through July 14th. Let’s say, further, that cash flow troubles meant you could not pay your May rent on time.

All three month’s rent should count. Because you made all three payments during the eight weeks.

Tip #5: Get Thorough About Your Utilities Costs

So the non-payroll-costs include rent for real and personal property if you entered into the rental or lease agreement before February 15th, 2020. And the costs include interest on business loans if you borrowed the money before the same “start” date. But these costs are pretty easy to spot.

The utilities costs however? That’s more of a grab bag. So be sure to include all the costs that the rules allow if you need more non-payroll-costs.

According to the interim final rule, utilities costs include “payments for the distribution of electricity, gas, water, transportation, telephone or internet access for which service began before February 15th, 2020.”

If you’ve looked over the PPP loan forgiveness application or maybe read our Paycheck Protection Program Loan Forgiveness Application blog post, you already know that you need to be alert to the way that reductions in full-time-equivalent employee headcounts and salaries and pay rates impact forgiveness. So, obviously, pay attention to that. (Accountants pretty much all suffer from compulsive personalities. So I can’t help but issue this caution to you.)

And then one other thing to note here because we’re talking about the interim final rule on forgiveness. If you have employees who don’t want to come back to work or who you fired for cause, you want to read through the interim final rule for its guidance on those situations. If someone doesn’t want to come back to work, the updated rules say you need to alert your state’s unemployment office. Further, the new rules say you don’t have to bring back some employee you fired for cause. Just so you know.