admin March 14, 2018 The Latest New In Home-Based Business Comments Off on Kumari Fulbright Wants to Help Women Get a Second Chance in Life 63 Views 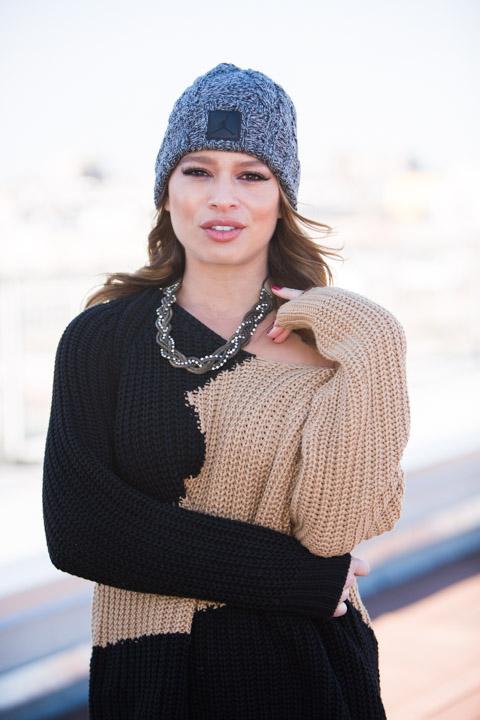 In the United States today, there is a group of women who are often overlooked. These are the women who are recovering from traumatic experiences such as abuse or incarceration.

As there is a significant lack of support for these women, without proper help, these women can become susceptible to mental health issues including depression, post-traumatic stress disorder (PTSD), and even substance abuse.

Enter Kumari Fulbright, a self-made entrepreneur and founder of the Freedom Initiative Project, who is dedicated to the mission of helping these women rise above their ordeal and achieve personal greatness.

As an avid supporter of modern feminism, Kumari’s professional background is diverse. She has studied law at The University of Arizona’s James E Rogers College of Law and there she was selected for membership in the Arizona Journal of International and Comparative Law. Kumari’s entrepreneurial spirit led her to run an event planning business and qualify for real estate licenses in the states of Nevada and Florida.

Since her days in event planning, she has always felt that women were constantly at a disadvantage when it comes to the business world. To help other women achieve equal footing, Kumari decided to become a consultant, assisting other women-owned businesses secure government contracts in Dallas. Through her work, she discovered her true calling—helping other women.

We had the opportunity to have a one-on-one conversation with Kumari Fulbright to learn more about her, what drives her, as well as her efforts towards her brainchild: The Freedom Initiative Project.

Kumari Fulbright’s lifelong commitment towards community service began at a young age. “As kids, my parents took us to homeless shelters and soup kitchens as a way to not only teach us the importance of helping the less fortunate but as a reminder of the blessings in our own lives.”

Even during her years at the University of Michigan, Kumari continues to promote the act of volunteering. She helped shape an organization called SHARP (Students Helping And Reaching People), a community service club that introduced middle-school-aged students to the importance of service and community participation.

Kumari is currently devoted to helping women emerge from traumatic times and reach their personal potential. By founding the Freedom Initiative Project, Kumari wants to bring her past experience in community service to a different, yet often overlooked group of people in need. In order to achieve the Project’s goals, Kumari will need dedication and empathy for these struggling women, and fortunately, she is no stranger to this kind of work.

So what exactly is the Freedom Initiative Project?

“We want to give these women as much support as we can to help them through these tough times,” Kumari adds. “In times of trauma, women are more than two times more likely to develop PTSD than men, which will lead them down a path of destruction which not only affects their own lives but also the lives of their loved ones too.”

With her own experiences in transitioning through trauma, Kumari understands that the road to recovery is a tough one, and she hopes that the Freedom Initiative Project can inspire others to join her in her cause and reach out to the women fighting their demons.

Education – The pillar for transition

When I ask her what she believes is the vital foundation for the Freedom Initiative Project, Kumari believes that education holds the key to the Project’s success.

“My favorite way of giving back to the community has always been through education,” says Kumari. “I was privileged to volunteer my time at Dickinson Elementary School assisting in their after-school tutoring program. After my graduation, I volunteered with Columbia University’s Community Impact Program teaching math and science to adults preparing to take their GED.”

“I believe that education holds the key to shaping the lives of the women that we are reaching out to,” says Kumari. Her words reflect the facts when it comes to criminal recidivism. Based on a report by USSC, an offender’s education level was also associated with their likelihood of reoffending.

Offenders who did not complete high school were rearrested most often (60.4%) while college graduates were rearrested least often (19.1%). “Education can also help lift these women out of the poverty cycle, get back on the saddle and reshape their lives,” says Kumari.

A family of these women

“Of course, without the supportive network, education alone can only do so much to help these women,” says Kumari. “The Freedom Initiative Project is a supportive family for all these women as they go through the healing process.”

Speaking about her own family, Kumari adds that her family has been the key to her success in life. “It is a blessing to have a family where everyone is best friends with one another, where we are a tightly-knitted unit. My aunts are like built-in best friends. We travel together, shop together, talk at least weekly and email and text almost daily. “

While this type of family bond is something that most people dream of, Kumari hopes that she can bring the same kind of connection and openness to the women of the Freedom Initiative Project.

What’s next for Kumari?

While the Project is still in the early stages of development, efforts are already underway, beginning with a campaign to spread awareness here in the United States. Kumari hopes that with increased awareness, society will provide more empathy and compassion towards these women in need of a helping hand.

Even though the challenges ahead prove to be an uphill battle, Kumari remains positive about her project, which is mirrored by her cheerful and bubbly disposition. “I have defeated challenges much worse than this,” she says.

To learn more about Kumari Fulbright, follow her on Twitter and Facebook. To find out how you can help the Freedom Initiative Project, visit the site: http://freedominitiativeproject.org.

The post Kumari Fulbright Wants to Help Women Get a Second Chance in Life appeared first on Home Business Magazine.