Inventor is Laughed off Shark Tank Gets Funded on Kickstarter

admin May 25, 2016 The Latest New In Home-Based Business Comments Off on Inventor is Laughed off Shark Tank Gets Funded on Kickstarter 36 Views 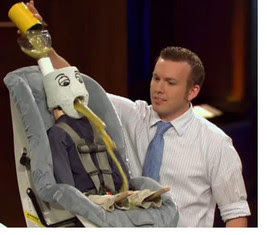 Inventor Les Cookson failed to get a deal from the Sharks, but he took what he learned to grow his business and raise over $215,000 on Kickstarter.

In the summer of 2010, Les Cookson was struggling to keep the business he had built around his art tool inventions afloat. Rather than focusing on what was making money, and trying to increase profits and volume, he decided to make a daring grab for a chunk of the barf bag market. Les managed to get himself in front of the Sharks on ABC’s Shark Tank; only to have his new CarSik Bib invention laughed out of the Tank without the investment he needed. But he took what he learned and redoubled his focus on his original business.

Les sold his first camera lucida drawing tool in November 2005, and slowly built a business around selling his improved camera lucida—the LUCID-Art. The LUCID-Art works by reflecting a transparent “ghost” image of the scene in front of it down onto the user’s paper, so all they need to do is draw over the reflected image to get an accurate sketch in minutes. One can see how this drawing tool could help a lot of artists and would-be artist draw faster and better, but Les struggled to sell enough of his inventions to keep his business going.

Les was very creative, but lacked the business skills he needed to grow his business. Just like creative minds are apt to do when they hit a wall, Les started something new, the “CarSik Bib”. A barf bag designed to be worn around a child’s neck, like a bib, to help catch the mess if the child gets car sick. Les was just starting to build prototypes and test this new invention when he turned in an application to get on Shark Tank. And as he likes to joke, Les says he only got on because his barfing demo dummy made for good TV. The pitch did not go well. To start with, the dummy malfunctioned, spewing pea soup all over the floor. Standing in the fake vomit, it was hard for the Sharks to take Les seriously. After a lot of jokes and laughter, and a little sober concern about the viability of the CarSik Bib, Les left the Tank without the investment he needed.

Les wiped the pea soap off his shoes, and got back to work. No one likes having his/her idea mocked on national television, but Les had always learned well from his mistakes, and even from criticism. He learned a lot from his Shark Tank experience, and from watching the show generally. The biggest takeaway was that he needed to focus on what was making money and try to scale through that—instead of starting something new to avoid the challenges of a struggling business. And that meant Les needed to focus on selling his drawing tools and growing that business.

Because Les was pitching just a CarSik Bib prototype on Shark Tank, he didn’t receive exposure or benefit for his drawing tools, so he focused on ways to get his drawing tools in front of artists, Magazine and online advertising, shows, local television, and crowdfunding. Les did everything he could to get his inventions noticed. And it worked. Sales of his drawing tools have surpassed one million dollars, including over $150,000 and growing from several Kickstarter crowdfunding projects. 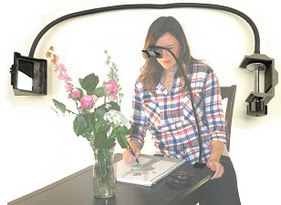 Les’ recent Kickstarter project was a success. He is building on his success with the launch of a new more versatile camera lucida, the LUCY drawing tool. This new invention will help grow Les’ business by expanding in the same market—a lesson hard taught, but well applied.

The post Inventor is Laughed off Shark Tank Gets Funded on Kickstarter appeared first on Home Business Magazine.

This post is based on episode 149 of the ProBlogger podcast. So you’ve come up with a great idea for a blog post. It’s a great topic, has plenty of depth, and will boost your reputation as an authority in your niche. But do it justice you need to cover a lot END_OF_DOCUMENT_TOKEN_TO_BE_REPLACED