How to Inherit a Million Dollars

admin February 10, 2020 The Latest New In Home-Based Business Comments Off on How to Inherit a Million Dollars 7 Views 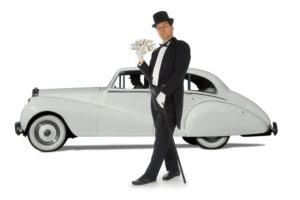 Over the last year, I helped several families administer a large-ish estate and disburse decent-sized inheritances. Which was fun and interesting work. But the process triggered a recurring question: How to inherit money. Especially a lot of money.

I found myself saying the same thing over and over. Then, a light bulb went on. This topic merits a blog post. Hence the following tips for prospective and actual recipients of inheritances from generous relatives or friends.

A first tip: Don’t count on or plan to spend an inheritance until you deposit the check.

Two factors drive this first bit of advice. One, you won’t know how much you’ll receive until the assets of the estate have been sold and the debts paid.

The second issue: While an organized executor may be able to settle all the financial matters relatively fast, the process still takes months. Maybe longer if something goes off the rails.

Tip #2: Spend the Income Not the Principal

A second tip. With a big windfall, I think you don’t spend the money you receive. Save and invest the money. (More on this in a minute.)

What you can do with guilt-free pleasure (at least in my book?) Spend the average income you expect to earn on the invested windfall.

And then annually draw some modest percentage (like 3 or 4 or 5 percent) of the balance. That draw is the money you spend.

Tip: In most but not all cases, drawing 4 percent to start and then annually adjusting your draw amount for inflation works well. With a 4 percent draw rate, you will effectively be drawing slightly less than the average annual income.

This notion of “invest the windfall and spend the income” flows from two simple ideas: First, you want to smooth your consumption. Don’t “use up” your windfall all at once. Rather, spread the benefit over the years you have left.

Note: If you spend the income and not the principal, your heirs someday experience the same windfall you’ve enjoyed.

A second point connects to the first point: You and I really don’t want to spend once-in-a-lifetime windfalls on daily living expenses. If our budgets don’t work unless we can spend an inheritance, gosh, we need to redo our budgets.

Okay, so now a technical point. If you’re going to invest the $1,000,000 or whatever, you need to have something to invest in…

I have two suggestions for you here.

A Suggestion for People New to Investing…

The first suggestion goes out to people who have never invested significant sums of money before. Say the inheritance you receive, for example, represents the first serious money you’ve ever been responsible for.

In this case, I think you invest the entire inheritance in an “all-in-one” mutual fund. Like one of Vanguard’s Life Strategy mutual funds.

CPA and personal finance blogger Mike Piper has recently discussed this option at his Oblivious investor blog but the logic is pretty simple: If you can find an all-in-one fund that employs a smart investment strategy for someone in your situation, go ahead and put all the money into that fund.

For example, rather than try to figure out how to cleverly split a $1,000,000 inheritance into chunks you plop into a bunch of other mutual funds that then invest in stocks and bonds? Put the whole $1,000,000 into an all-in-one.

You and I will probably get a better outcome from an all-in-one fund. Why? Because with all-in-one funds, we’re less likely to do something dumb when capital markets or our emotions zig and zag. Further, we will keep our investment costs very low (which improves returns.)

A Suggestion for Experienced Investors…

And this suggestion for people who already use a standard asset allocation formula: In your case? Hey, just use that same formula for the new money.

Bloggers have a bad habit: Using blog titles that lure people in and get them to read the articles. I may, for example, have done that by entitling this blog post, “How to Inherit a $1,000,000.”

So let me clarify: The stuff I talk about above applies if you receive a $5,000 or $10,000 inheritance from a generous relative or friend. You ought to save the windfall.  Probably investing your windfall into an all-in-one fund.

This other point: So you might wonder if a gigantic inheritance–let’s say $5 million or $10 million to be extreme–means a different set of rules.

It shouldn’t. The same rules apply. Just to a bigger number.

This point gleaned from my work as a CPA: The larger your investment portfolio grows? Yeah, the more important simplicity and scale-ability become.

A final thought: If you receive an inheritance you don’t actually need? Like, say you are set “financially?” Maybe you want to disclaim the inheritance so it goes not to you but rather to your heirs. Or maybe you accept the generosity of your relative or friend… but you use the funds to methodically gift chunks of the windfall to kids or grand kids.

The only two things I would add if you choose to go this route? First, I think your kids and grand kids also ought to not consume the gifts. They ought to invest. But their best investment options may differ from yours. Maybe they ought to invest in education that pays off with a higher wage or more enjoyable job. Or maybe they can prudently use a large gift as a down payment on their own home.

Tip: One thing I like about early inheritances? Especially if the amounts are smaller than an heir will probably receive in the future? It gives the heir a chance to practice their money management with a smaller nest egg.

Also, while I am not a religious fanatic about home ownership–lots of good reasons exist to rent rather than own–home ownership often should be considered by people, something I described and discussed here: Are Houses Investments?

The post How to Inherit a Million Dollars appeared first on Evergreen Small Business.

Previous International Start a Blog Day Class of 2020
Next Imposter Syndrome: What It Is, and How to Overcome It

How to Get People to Engage With You and Your Blog

The Section 2301 Employee Retention Credit gets a little bit complicated once you dig into the details. But if you’re a small business owner, you want to learn how this credit works. The credit may be one of the key tools you use to work your way through the COVID-19 crisis. Furthermore, the money available […]