How to Beat a Super Car in a Race

admin April 27, 2020 The Latest New In Home-Based Business Comments Off on How to Beat a Super Car in a Race 8 Views 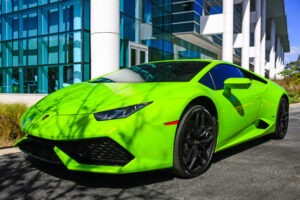 An awkward admission: I watch too much streaming video. Even more now that we’re under a “stay at home” directive from our state’s governor.

A second awkward admission: One of my favorite categories are the car shows.

And that brings me to the subject of the Netflix series, Fastest Car, and the lessons the show holds for small business owners and entrepreneurs.

So, I’m going to talk about that. The last few blog posts covered COVID-19 issues. I figure it’s okay to start thinking about what we do when the storm passes and we all work to hit the gas and either restart or bring up our businesses back up to full speed.

The format of the Fastest Cars series is simple. Four cars race on a quarter mile track. A drag race, in other words.

One of the cars? A super car costing, often, hundreds of thousands of dollars. A Lamborghini. Or a Ferrari. Or a McLaren.

The other three cars? Well, usually, the owner buys an old car or truck for a few hundred bucks and then invests gobs of time, money and talent turning that vehicle into a rocket.

And here, if you’re worried about me spoiling the show’s surprises, you want to stop reading.

Spoiler Alert: Read No Further If You May Watch Show

Probably, you can guess what I’m about to say next…

Yeah, he may get beat by the guy racing in a twenty-year-old econobox he’s rebuilt in his garage.

Car folk probably like the show because it’s so fun to see the cars, especially the garage-built racers.

But you know what? I think small business owners can take actionable insights from the show’s stories.

This: If you’re going to compete against a giant company with hundreds of millions of dollars to spend on research and manufacturing, compete in a narrow niche. And then optimize for that niche.

The garage-built racers optimize for one situation: A quarter mile drag race.

The super car manufacturers, well, they build these beautiful cars. Sure. Their vehicles deliver astonishing performance. In a bunch of situations. Including a quarter-mile drag race.

And then how this applies to a small business? Well, if you can optimize for a niche, you can probably (possibly?) beat some bigger competitor within that niche.

Another insight: After binge-watching two seasons of Fastest Cars, I will confidently say that the team someone assembles matters. And a lot.

Small businesses struggle to do this team building. But a team of strong players, who work well together? Yeah, that seems to be strongly correlated with racing success.

A reminder at this point: Remember I provided that earlier spoiler alert…

So, just to say this, someone who goes out and spends more on a car than most people spend on a home?

But driver skill matters. And driver skill often levels the playing field against someone competing on the basis of their bank account.

And so the small business lesson I think we take away from this observation? The skill and experience you and your team possess can let you compete. Even against rich competitors working with all the latest and most expensive technology.

Hope you and your family are staying safe and healthy. And do start thinking about what you do when the storm ends.

The post How to Beat a Super Car in a Race appeared first on Evergreen Small Business.

This year I’ve attempted to do live streaming Q&A sessions on the ProBlogger Facebook page on a weekly basis. I have noticed that each time I do go live, I’m getting more and more questions about my set up for live video – whether that’s about what camera I use, END_OF_DOCUMENT_TOKEN_TO_BE_REPLACED