How 20-Somethings Went from Idea to Funding

admin July 19, 2017 The Latest New In Home-Based Business Comments Off on How 20-Somethings Went from Idea to Funding 20 Views

Gaining funding for your start-up idea is not just something entrepreneurs dream of – it’s a necessity to be successful. Sure, you’ll always have some boot-strapped success stories out there, where businesses made it without outside help. But that’s the exception, not the norm.

Where people often get stuck is that, while there are a number ways to land necessary funding, it’s not always clear exactly how to go about it. How do you go from just a concept to being able to ask people to back your idea? After all, it’s not like you’re asking someone to loan you 10 bucks for lunch. This is serious money!

So how did we do it? Well, this is our story. A story of how we went from being laughed out of investor meetings to later closing a $100k deal in only two weeks.

Just like most people do, when we started out we needed to gain funding – since we didn’t have any money ourselves. At that stage we only had a product demo. No actual working prototype or real customers. Just an idea with visuals about what we wanted to do and how we were gonna get customers and build this into an amazing business. Initially, we had the idea that we want to raise $150k Euro at a $1 million valuation.

And that was our pitch to investors. You can guess what happened. Nothing. Even though we met, talked, and pitched a bunch of angels investors from Estonia, Finland, and a few other countries, we were pretty much laughed out of meetings for reasons that we now understand in hindsight – and share with you here:

This situation dragged on for a few months and we realised we needed to do things differently. We were both doing side-work and building custom websites for some clients to have enough money to get by – but that wasn’t going to get our business off the ground. That was only going to keep a roof over our heads and a little food in our stomachs.

So we decided to apply to a few business accelerators, since landing one could possibly give us enough runway to get by and focus full-time on our business. At the same time, we continued with product development around serving our custom website clients.

We got our idea to a first beta version of Weps that was actually somewhat sellable, so then we might land a few real, paying customers. We were on our way to getting some market validation – and remedying one of the aforementioned issues we had.

Naturally, the first thing we did was turn to friends and friends of friends to get them to become our clients. We were able to help a few of them, giving us some customers to start showing the product as valid and viable.

Using that as a starting point, we actually started directly reaching out to business owners who didn’t have websites and tried to sell them on the idea. I don’t think we were too good at direct sales but we managed to close a few clients. And most importantly, we learned a lot about talking with people and convincing them to give us a shot.

So now we had somewhat of a working product (which was nothing like it is today – it was very very ugly) but it was being used by real customers, allowing us to show that we actually had people who are willing to pay for this. We had a viable product, with a bit of a track record (although short), AND some customers, two of the elements we lacked.

About that same time we got invited to interviews at two accelerators. We decided to go to Berlin for an interview with Axel Springer Plug’n’Play accelerator. Our hopes of a cash-infusion from an accelerator (not to mention some much-needed business guidance and connections) was coming true! Axel Springer liked us and a few weeks after the interview they called and invited us to their 3-month program starting in September 2016. And, best of all, the offer came along with a €25k investment. As you can imagine, that was one of the best moments we’ve ever had while building this startup. This opportunity meant we could finally devote ourselves full time to working on this business and wouldn’t have to worry (for at least some time) where next month’s rent was coming from.

There was a little catch though. We would only receive the actual investment money after a month of living in Berlin, of course, we had to move there for the 3-month program. We weren’t against moving – we were all in – but we had to get to Berlin, survive there, and build a startup without any money in our pockets. We needed approximately €5000 – and we didn’t have that sort of money. The move date got closer and closer – up to only about 10 days before – with no more money coming in. So to generous friends we went once again – and they supported us. In just a few days we got enough money together and flew to Berlin.

While in Berlin those 3 months, we worked on our product, learned about business and selling, and both we – and our product – evolved. A few weeks in, we able to launch the current concept of the product – which is a chatbot conversational interface for building websites.

For us as first time founders, an accelerator was a great place to be since they really fast track the development of your business. They give you the mentorship and contacts you need. The right mentors are critical since they can help you avoid mistakes you would have made on your own, and their guidance therefore compresses the time necessary for success. And the contacts to potential partners and investors that come out of an accelerator are priceless. Of course, that is the core point of an accelerator – that by the end of the program, on Demo day you can raise a seed round.

As our 3 months went by, we talked to many investors. Some of them told us straight out that they don’t believe in the space and think that there’s too much competition. Some said that they believed chatbots are overhyped and actually they’re not gonna be as successful as everyone thinks they’ll be. But quite a few wanted to take things forward and in the end, we had a few ready and willing to invest.

After our time at the Axel Springer Plug’n’Play accelerator, we moved back to Estonia, and kept on talking to the investors we met at the accelerator. But while we’d learned a lot about the first two things we’d lacked early on, we still hadn’t quite mastered the third lesson.

We learned the third lesson the hard way. We were still asking too much. In fact, we had actually upped it, instead of valuing it more conservatively like we should have. We thought we’d raise a €1 million seed round at a €10 million valuation. That mistake turned off many investors who otherwise might have been interested, had it been at a reasonable valuation and favorable terms.

And, now, our original €25k infusion from the accelerator was running out. We only had about one month of runway left. We’d gotten to about one hundred paying customers with Weps, but still we had no money in the bank.

So we kept hustling and fundraising and working on our business. We had 3 investors who said that they were ready to invest in the range of $50-$100k Euro – a much more reasonable amount than our $1 million dream – and we were super excited about that. It seemed like we were going to make it.

But then, one by one, over a one month period, all our investors dropped off for various reasons. And we learned a fourth unexpected lesson: If closing a deal takes too long, then investors tend to cool off.

Our situation seemed hopeless. We had two weeks until the next payroll date, but no money to pay our employees we’d taken on to serve our customers. We would have to let everyone go and immediately restructure our business or simply close down.

But miracles do happen. A local investor from Estonia emerged. After learning our lessons – we were able to show a viable product, with a track record, ask for a reasonable amount at a reasonable valuation, and could close the deal very quickly. And the investor said YES. It actually was amazing how quickly we did close the deal (we’d learned that lesson well) and secure the $100k Euro investment with him. It took us only two weeks and it’s been great ever since that day.

But we cannot overlook all that came before that glorious day. The lessons we learned taught us not only how to ask correctly, how to have what investors are looking for, and how to value our business, they taught us how to succeed on less than our competitors. We’re an extremely lean and efficient organisation now. And maybe we would not have been had things been too easy. Ultimately, making all those previous mistakes brought us to where we were able to close and partner with the right investor. And we hope sharing our mistakes – and our triumphs – will help lead you to your right investor, and to your YES. 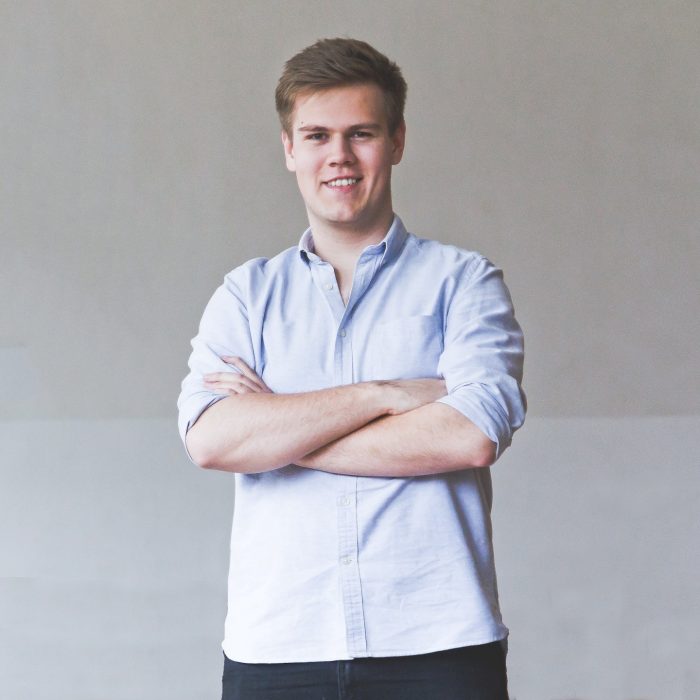 Jorma started coding when he was just 13 years old. His success and understanding of coding grew and led him to start his own web agency at the age of 17, building WordPress websites for small business owners.

After High School, Jorma began studying Business IT at Tallinn Technical University but dropped out to focus on his idea of of developing his website building tool into something entrepreneurs and small business owners could do themselves.

At the age of 20, Jorma’s hard work and creativity became a reality, as he became the co-founder and CEO of Weps. 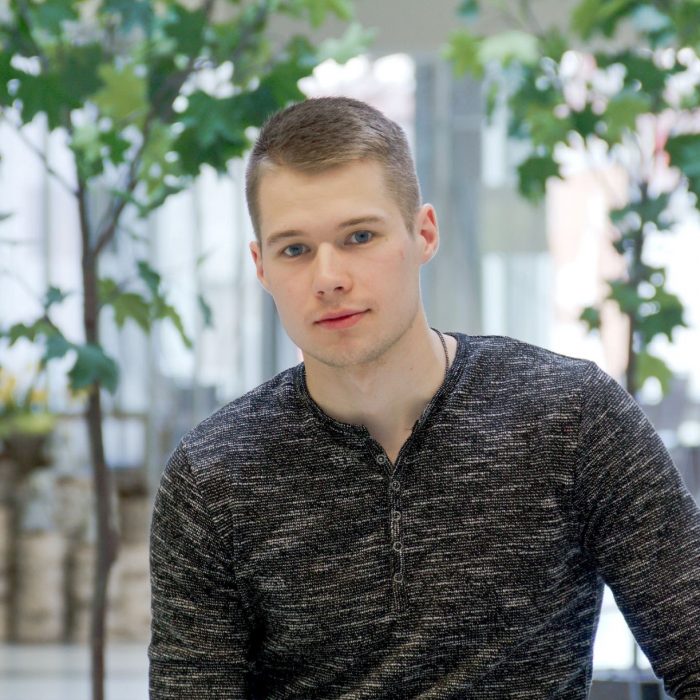 Juhan studied Business and Economics at Stockholm School of Economics in Riga, Latvia. After interning with a startup named Wowtto, he worked as a country manager, helping them test their business model and MVP with first customers, resulting in raising the first round of EUR 300 thousand.

In 2015, Juhan needed help building a website for a friend and was connected with Jorma. Together, Jorman and Juhan have created Weps from the ground up.

On a day-to-day basis, Juhan runs the business side of things, which mostly revolves around finding and pitching to investors, networking, looking for new partners, and nurturing the existing partner leads.

The post How 20-Somethings Went from Idea to Funding appeared first on Home Business Magazine.

Previous How to Fix Your Credit Score Without Having to Shell Out a Dime
Next The State of Bicycle-Sharing Services in the U.S.