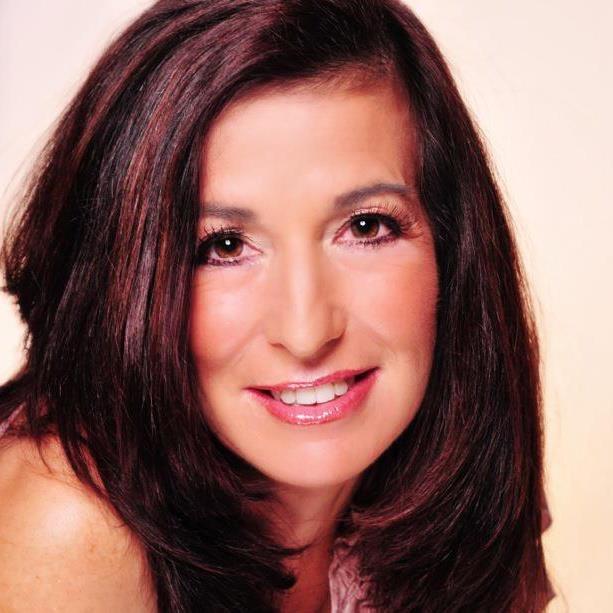 There is a change in tide occurring today in America. More than 9 million women own a business in the U.S, and the numbers will continue to increase. It’s all proof that women are forces to be reckoned with in the world of work. But this shift has not come easy.

As a female CEO in the male-dominated industry of RV sales, Gigi Stetler’s climb to the top has been tough. At her first owner’s meeting, they told her to “go home and bake cookies.” Instead, she pushed forward to outsell and out-service all of her competition. “I decided to stay at the office and build an empire, while paying someone to bake cookies for me,” Gigi says. She shares with Home Business Magazine how she broke barriers by launching into an industry not typically tapped into by women.

Home Business Magazine (HBM): How did you crawl your way to success, despite being told to “go home and bake cookies”?

Gigi: “When I first stepped into RV sales in the 1980s, I was with “a bunch of older, fat-cat, cigar-smoking, scotch-drinking good ol’ boys” who were not open to my fresh ideas. I remember suggesting they change the hours of operation to better accommodate customers. That’s when the men in charge told me “to go home and bake cookies.” Instead, I went home and made millions.”

HBM: You dealt with violence and abuse in the past—do you wish to share your story with our readers?

Gigi: “I have always greeted life as a warrior, and not a victim, because playing the “victim card” will only slow you down. Therefore, instead of taking offense to their gender stereotypes, I tried to laugh it off. I also realized that my male competitors’ refusal to leave their comfort zones could help me gain market dominance. I eventually came to own a dealership, working 11 years without ever missing a single day. I hustled my way to the top, despite facing gender stereotypes, and became the No. 1 RV dealer on the East Coast.”

HBM: How has your traumatic past helped you to prevail over personal and professional hurdles?

Gigi: “My life has been lined with abusive and unhealthy relationships. When I was in my early 20s, a crazed homeless man stabbed me 21 times and ran off, after I allowed him to live for months in the apartment complex that I managed. When I leapt back from the brink of death, I also dealt with physical and emotional abuse in a relationship. I want people to know that they don’t have to let experiences like this define them. You can recover, find your inner strength, and become stronger than ever.”

HBM: What it’s like to be the only woman in a masculine industry?

Gigi: “I have been knocked off my horse more times than I can remember. The only thing separating success from failure, as I see it, is the ability to get back up and start all over again. I made a promise to myself a very long time ago that I would be a millionaire. That inner hunger helped me carve a path to success in a man’s industry that conspired to keep me out.

HBM: How do you overcome related obstacles?

Gigi: “As one of the only women in a masculine industry, I find it interesting that even in today’s times, when women are running for President, females still don’t get the respect in the boardroom or on the pay scale. I see that imbalance every day while working in a business that is traditionally controlled by men. I have a hands-on approach in every department of my company—from service, to sales and everything in between. When male customers come into my dealership, asking for service estimates and advice, I crawl right under their coach, uncover the problem, and determine a solution—even if I happen to be wearing a pair of stilettos. Once we discuss the cost for repairs, 99% of the time, the male customer often says, “So I guess this is your husband’s business. Can I speak with him?” But now, I don’t take it personally. It just amazes me that according to some people, even though a woman can run for President, she still can’t own a company.”

HBM: How do you balance personal life and your entrepreneurial life? Are they integrated?

Gigi: “I am a single woman, and I have been since my son was 2 years old. While I raised him with the assistance of a nanny, I was fortunate enough to be able to bring my son and our nanny to work with me every day. The trick to balance is to love what you do—both personally and professionally. That means, there is no need to balance. I have been involved in many personal relationships, and I have discovered that attaining that balance is the most difficult when you have little in common with your significant other. When you can’t share your daily experiences with your other half, you are forced to split yourself, constantly teetering between two important aspects of your life. My advice is to find a relationship in which you totally understand one another. It’s also important that both of you have your own lives, so it’s not all one-sided.”

HBM: Who inspired you to chase your entrepreneurial dream?

Gigi: “I was inspired when my mother put me on my first pony ride when I was around 2 years old. The love of horses has burned inside of me ever since. My mother always told me that if I wanted horses or designer jeans—or anything more than a hot dog—to get a job. So when I was young, the need for luxury inspired me to get what I wanted. Now, I have used this inner hunger as motivation throughout my career. It is a desire to succeed, empowered by a strong confidence in myself that I can achieve my goals, and I deserve the fruits of my hard work.”

HBM: What do you consider your greatest business achievement?

Gigi: “When one of the largest companies in my industry began to conspire against me to shut me down, I realized that I was a force to be reckoned with. My business became a threat to the “big boys” in the RV world. While they were able to shut me down at first, I bounced back and have been able to reestablish myself and my brand. If you can recover from a major setback, I think that is the ultimate achievement in life.”

HBM: Where do you see yourself in three years professionally?

Gigi: “In three years, I see myself back at the top of my Empire—the empire that my competitors tried to shut down. I see myself expanding that empire to discover new outlets for entrepreneurship in the RV industry. In order to expand and grow, you have to be reared to leave your comfort zone, and I am always searching for a new venture for constant improvement. That means, I will be paying attention to industry trends and adapt to the changing markets; that’s the only way to evolve and continue to succeed.”

HBM: If you could give one major piece of life advice for entrepreneurs of all genders, what would it be?

Gigi: “Never give up. At some point, you will have many—and sometimes all—doors closed. Find a window, and climb your way back to the top every time you fall. Remember, failure is motivation to win. It doesn’t matter how many times you fall, but how many times you get back up that reveal your true potential.” HBM

Gigi Stetler is the author of Unstoppable: Surviving is Just the Beginning. The owner of RV Sales of Broward in south Florida, she built the business from the ground up to become queen of a male-dominated industry and entirely redefine its business climate by establishing an all-new RV timeshare program, the RV Fun Club. As an accomplished equestrian, Stetler has turned her love of horseback riding into a business venture by creating Riding in Style. She has also developed her own all natural supplement line, Solongpain. Stetler continues to rewrite the rules…while writing another book. Visit GigiStetler.com.