Dave Rosa Has One Simple Quest: “Change the World by Helping Others”

admin September 22, 2020 The Latest New In Home-Based Business Comments Off on Dave Rosa Has One Simple Quest: “Change the World by Helping Others” 2 Views 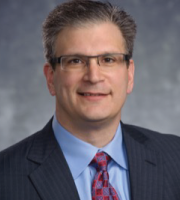 Dave Rosa knows first-hand the long and winding road to success. Raised in a small blue-collar town in Pennsylvania to a family of limited means, he spent many years searching and praying for his purpose in life. Ever since he was a boy living in a sketchy, sometimes dangerous neighborhood, Dave had a passion for helping people who were sick or less fortunate—even bringing a homeless man home for his mom to feed. In high school, he considered becoming a doctor because it was a way to help people.

Daunted by the grueling years of medical school—and not believing that a boy from a poor family could be “smart enough” to be a doctor—he was unsure what to do. His parents suggested he follow in his dad’s footsteps and work on the railroad. He chose instead to study engineering and business and, after graduating, found work at Westinghouse Electric in technical marketing.

It was a wrong turn that would eventually take him to the right place. He soon discovered he was bad at designing electrical substations but had a gift for business and a love of medicine. As he continued to advance his career at Westinghouse, he yearned for greater challenges, so he attended Duquesne University to earn an MBA in Marketing Management.

Soon after receiving his degree, Dave pursued his calling until he finally was hired by Stryker Instruments in sales. He eventually progressed up the corporate ladder until he was hired as CEO of an early stage medical device company.

But just as he felt he was getting closer to his true calling, life dealt him a near fatal blow. After almost dying from a pulmonary embolism during a surgical procedure, he also simultaneously struggled with the loss of his parents, other personal and company issues. The blood thinners he had to take caused short-term memory loss. He was contemplating early retirement when NeuroOne approached him to be their CEO. Given his own health issues and desire to spend time with his dying father, he decided it was not the right time.

Then, in September of 2016, with these challenges behind him, Dave attended a Heart Failure Society meeting and met with a heart failure cardiologist he had become friends with. Like an oracle, the doctor told Dave he should pivot away from cardiology opportunities he was considering—which he predicted would not hold his interest for long—toward NeuroOne Inc. When Dave questioned him on why, the doctor told Dave he wouldn’t be happy unless he got involved with technologies that could change the world. NeuroOne sounded like that company.

After considering his options, Dave believed he had no choice but to choose the opportunity that had the most potential for helping others in a very meaningful way. He therefore accepted the CEO position at NeuroOne in October of 2016 based on a broader vision than the technology’s initial intended use. At that point, the company had not yet successfully raised capital, despite its efforts.

By July of 2017, Dave had taken the company public through a reverse merger and had begun raising capital and building the infrastructure. He has fought through a number of setbacks over the past three years to finally reach an inflection point in the Company’s history. In early 2020, he appointed Vanessa Tolosa to NeuroOne’s Scientific Advisory Board. Tolosa, a founding member of Neuralink Corp., a company started by Elon Musk to build a complete Brain-Machine Interface, had the perfect technical experience and reputation for what the Company needed. Dave also appointed Dr. Camilo Andres Diaz-Botia as director of Electrode Development. Diaz-Botia, who had led the microfabrication process engineering team at Neuralink, was a highly experienced neural engineer whose work had focused on the development of technologies for bidirectional communication with the nervous system.

Combined with the progress achieved by NeuroOne’s existing team, Tolosa and Diaz-Botia were a perfect complement. In November of 2019 the FDA approved Evo Cortical Electrodes (Evo) and less than a year later the company executed an Exclusive Development and Distribution Agreement with Zimmer Biomet, one of the world’s most highly respected medical device manufacturers.

Dave continues to be fueled by his support network, faith in God, belief in his team and his own abilities. Reminded of his youth and his deep passion for wanting to help others, he tries to maintain a balance given the highs and lows of the job. He compares the experience at NeuroOne to the time he helped his brother refurbish an old house and the deep satisfaction he felt from taking something that needed a great deal of TLC and turning it into something beautiful. He hopes that along the way, the final product is one that changes people’s lives in a meaningful way.

The post Dave Rosa Has One Simple Quest: “Change the World by Helping Others” appeared first on Home Business Magazine.