admin May 2, 2017 The Latest New In Home-Based Business Comments Off on Children, Screens, and 21st Century Tech 36 Views 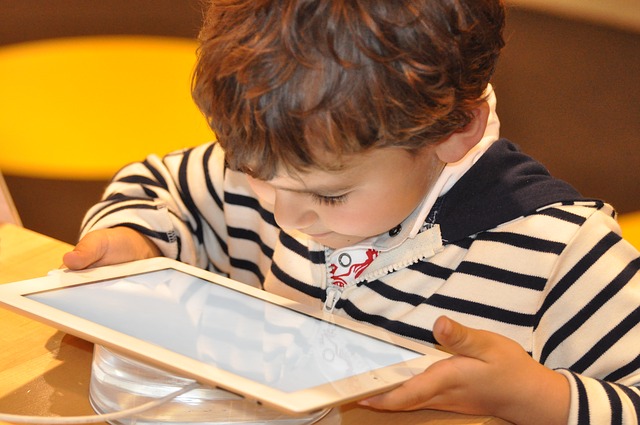 Children today are steeped in technology, as everyone knows. Even very, very young children who aren’t yet in kindergarten are often using tablets, playing video games, and watching TV on their own. But, just how far are parents allowing this tech obsession among young children to go, and why?

Research into this subject by ReportLinker with respondents being 670 American parents with minor children reveals a lot. Just to begin, for every 10 US family households with minor children there are 73 “screens” including TVs (93%), smartphones (79%), laptop computers (78%), and tablets (68%) among other types.

As far as which screen-devices are the most popular with children, TV remains the biggest with 62% making more use of it than any other type, but among children 10 and younger tablets are nearly as popular (58% predominant usage) and may be the way of the near future for young children, perhaps because they allow so much variety of experience and interaction along with easy portability. Other highly popular devices among children are smartphones (39%) and video game consoles (38%). 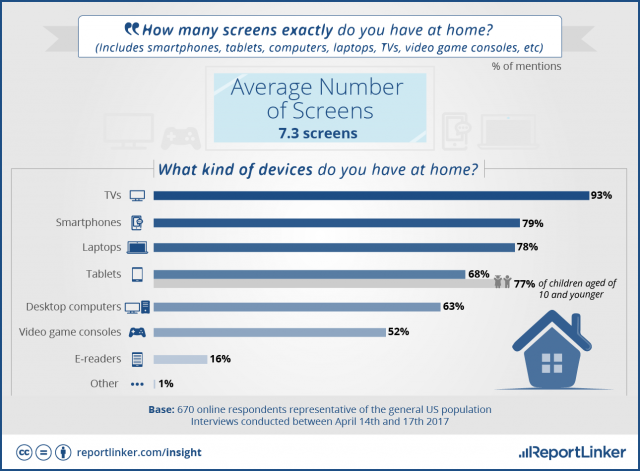 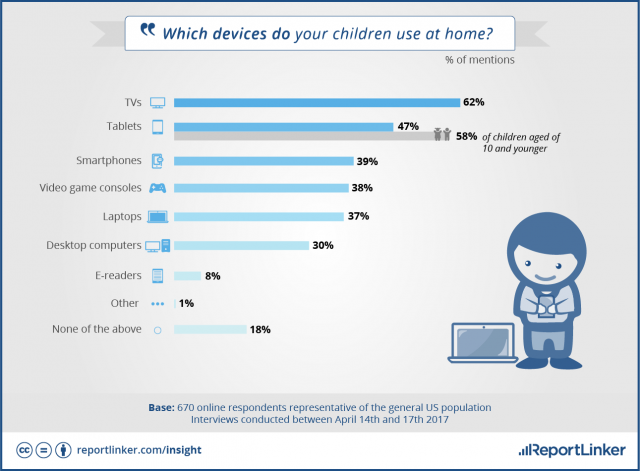 How much control over all this screen time are parents exerting? More than half (53%) of the respondents said that they cap their children’s screen time at two hours per day, and that group included 73% of the respondents who don’t allow their children to have screen-devices in their bedrooms. Those parents who do allow screen-devices in children’s bedrooms also allow them a lot more daily screen time, with 36% allowing three to five hours and 15% allowing five hours or more. 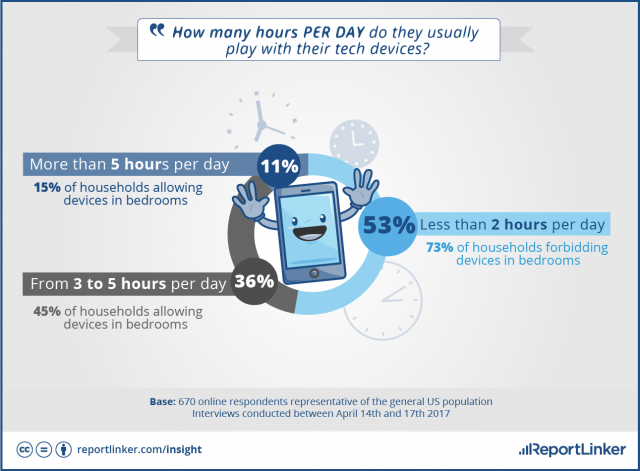 However, those households that don’t place tighter caps on children’s daily screen time are also much more confident that their children are capable of moderating themselves and knowing when is the sensible time to call it quits on the screens for the day. 58% of respondents said that their children are at least reasonably good at taking on this self-regulating responsibility. 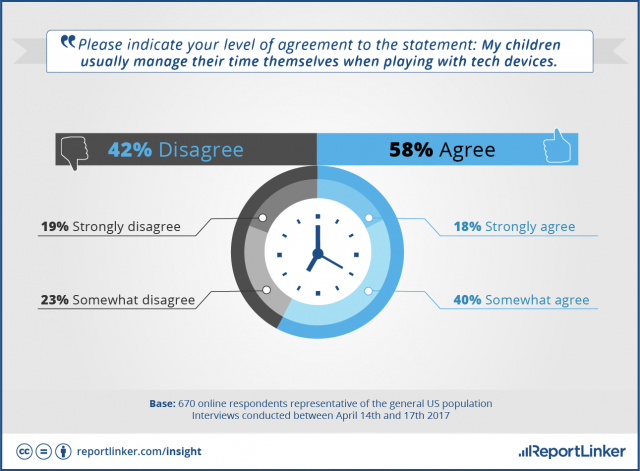 At the same time, nearly all parents (98%) keep at least some watch over what kind of content their children consume on their devices. 71% even said that all of their household devices have the parental controls engaged. 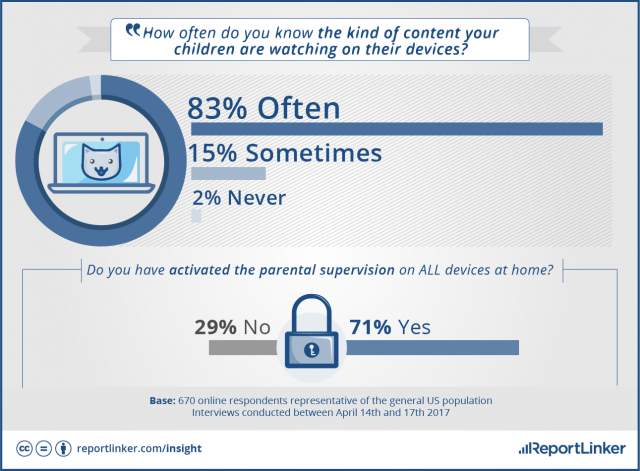 On the matter of just how advantageous (or disadvantageous) all of this technological screen time is to children, three-fourths of respondents said that it’s a good thing as opposed to a bad thing. Nevertheless, more than 30% of respondents expressed at least some concern that all this screen time is hindering children from getting sufficient physical exercise, outdoors time, face-to-face social interaction, and book reading time. On the flip side of the coin, 40% say it’s enhancing their children’s education and cognitive development, while about one-fourth say that it’s making children 21st-century tech-savvy and expanding their horizons. 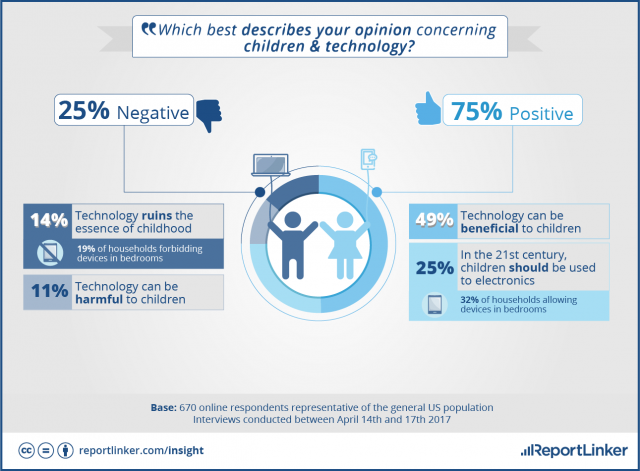 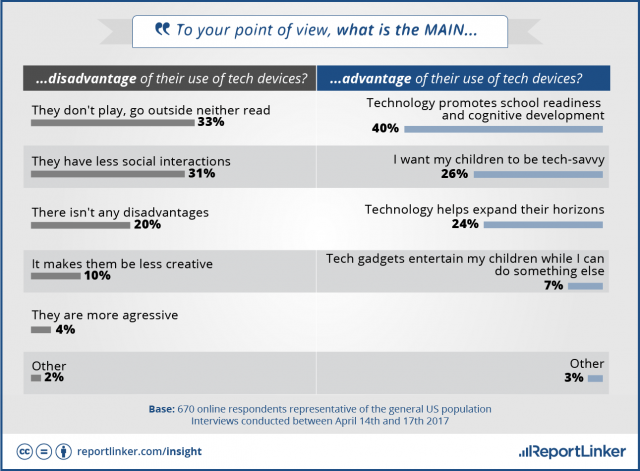 These parental thoughts and feelings, negative and positive, about children’s ever-increasing screen time closely resemble those of psychologists like Dr. Jim Taylor and technophilic professionals such as Tangent Snowball managing partner Spencer Yates and others. The one thing we can all agree on is that children love the technology which is making their brains different from those of their parents and previous generations. Whether these brain-changes are for better or worse most likely depends on how each individual makes use of their screens.

Previous Want Better Results? Treat Your Blog Like an Actual Business
Next Climate Change and the Politics of Scientific Inquiry