Super Bowl Weekend 2018 just took over Minneapolis, and the larger of the Twin Cities was filled with red carpet events that connected brands to today’s top stars. On Friday, Rolling Stone Live: MINNEAPOLIS lit up the International Market Square and attracted all the celebrities in town. Produced by Talent Resources Sports and presented by Mercedes-Benz, this must-attend fête featured performances by Migos, 21 Savage, and T-Pain.

The opulent soiree provided an electrifying space for stars like Dr. Oz, J.B. Smoove, and Tim Tebow to celebrate Super Bowl 2018 in high fashion. This was the fourth year that Rolling Stone partnered with Talent Resources Sports, a full-service sports marketing and experiential events agency, for the must-attend event. Rolling Stone also partnered with global music and entertainment platform, TIDAL, to livestream the performances. 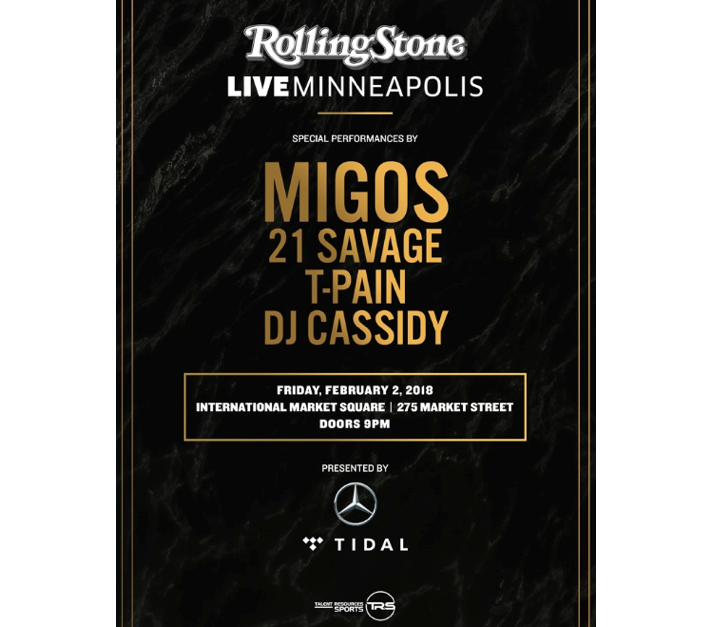 Throughout the night, all of the stars in attendance enjoyed checking out the magnificent Mercedes-Benz vehicles being showcased. They got an inside look at the highly anticipated all-new 2019 G500, the sleek Mercedes-AMG GT R, and the Mercedes-AMG GT C Roadster. Mercedes-Benz also provided luxe transportation services to a number of VIP guests to ensure they arrived to the party in classy style.

At the party, the star guests enjoyed sipping on Crown Royal Deluxe Blended Canadian Whiskey (the official spirits sponsor) and its popular flavored line that includes Crown Royal Vanilla. Crown Royal also encouraged the attendees to give back through its bag stuffing initiative. Guests could pack commemorative camouflage versions of the iconic Crown Royal purple bag with nonperishable items to be sent to American troops overseas. This was in collaboration with Crown Royal’s national Charity partner, Packages from Home.

On the carpet, Home Business Magazine had the chance to catch up with Dr. Oz. He shared what he was most excited to do at Rolling Stone Live: MINNEAPOLIS.

“Our fourth child, Oliver, joined us,” he said. “We are going to watch Migos, grab some beers, and enjoy it all.”

He went on to share if he had any predictions for Super Bowl 2018.

He want on to share some valuable health insight for those living in Minneapolis’s frigid winter temperatures.

“The cold is not really a problem as long as you protect your skin,” he shared. “People actually go out in the cold to lose weight! There are benefits to it. The interesting thing about Minnesota is that folks are healthier here than in warmer parts of the country. Minnesotans find a way to get their activity in even when it’s chilly outside. The way the beautiful city of Minneapolis has been designed and with the Minnesota nice attitude, it all works.”

On the red carpet, NFL legend Tim Tebow also stopped by to chat with Home Business Magazine. He was happy to share what he looked forward to doing the most at the party.

“I have a lot of friends that are here, so I look forward to being able to catch up with them and hang out,” Tebow said. “That will be really fun.”

He went on to share whether he had any predictions or hopes for the Big Game on Sunday.

“I don’t know if I’m rooting for either team… I think I just want my friends that I have to play well and do good and for no one to be too devastated after which team loses,” he said. “I don’t know if that can happen. I guess that’s all I’ll be rooting for.”

And did he have any motivational tips to share?

“I would say that it is to believe in yourself and to believe that you’re made for a purpose and a plan. Believe in that even in the tough times. Believe that tough people last but tough times don’t. Also, don’t just seek after happiness–seek after fulfillment. Those aren’t always the same things,” Tebow said.

This post is based on episode 175 of the ProBlogger podcast. Today I want to tell you some advice I received when I was starting out that I completely ignored completely but my friend took to heart. It’s a story about regret. And I hope it moves you to take more action END_OF_DOCUMENT_TOKEN_TO_BE_REPLACED 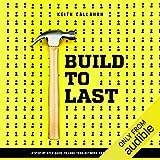