admin February 16, 2017 The Latest New In Home-Based Business Comments Off on 30,000 Men Wore Women’s Leggings: The Inspiration Behind Kapow 201 Views 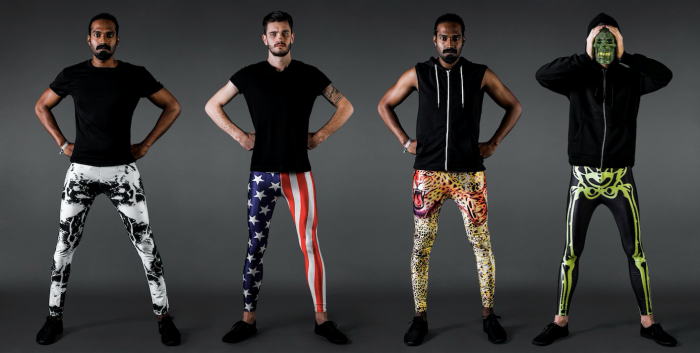 Welcome to the world of men’s leggings

Fact: Wearing men’s leggings makes you the most interesting person in the room.

Anyone who’s had a night out in a controversial outfit will attest that it’s impossible to have a boring time. You become an instant social magnet. Everyone wants to know where you’re going, why you’re wearing that, and where can they get some. Wearing something a little outrageous captures people’s imaginations. It’s the social currency that lets you talk to anyone and get away with more than you normally could. It starts conversations and sets fire to parties.

Kapow Meggings was born in 2015 after brothers Ben & Jordan from Sydney, Australia, noticed an adventurous change in festival and party wear. Get-ups were becoming bolder, brighter, and guys were putting just as much effort into party wear as the girls. The tipping point was a trip to Burning Man, the world-famous Nevada desert festival, where they saw 35,000 men in ill-fitting women’s leggings. Because that’s all they could get their hands on. Maybe there was something in this…

It started out as a hobby business whilst they both kept full-time jobs in the Media and Marketing industries, but after running for 6 months with zero advertising efforts they noticed sales were steadily climbing. The movement was growing, and the brothers were willing to throw everything into getting on-board to help explode this market niche.

They started small, with 6 designs, and within eight months they were up to over 30 designs with a plenty more in the pipeline. In the beginning sales were doubling every month, and they couldn’t grow quick enough. The appetite for meggings across the globe soon became clear, and Kapow expanded out of the UK (where Jordan was based at the time), developing hubs in the USA and Australia. A big challenge for them was bringing on board logistics partners that could balance the needs of their customers – low cost tracked shipping that arrives within days. It took time to build these partnerships, but to take a niche product global the brothers knew strong and trustworthy logistics partners were crucial.

Some of the highlights have been gaining consistent international press coverage, and sponsoring incredibly talented brand ambassadors. Their current successful collaborations include:

Perhaps the biggest hurdle that still persists for the business is the perception of the product in today’s culture. Are meggings too feminine?

One of the things the brothers love about both the meggings movement and what Kapow is trying to do as a brand is, in some small way, help redefine masculinity in society. To incite controversy and open a wider conversation around the barriers and limitations of what it means to be a man in today’s world.

They want to help build and foster the growing community of people confident enough in their own masculinity to wear whatever the hell they want. To encourage those that think gender stereotype isn’t defined by things like clothing, and embrace the polarising and controversial nature of men’s leggings. Whether it’s the guy at Burning Man wearing them for a bit of fun, the guy on the street making a statement, or the guy at the gym being a bit more adventurous in his active-wear they’ve all bought into the progression of masculinity – the reshaping and re-setting of how clothes fit into the modern lifestyle. 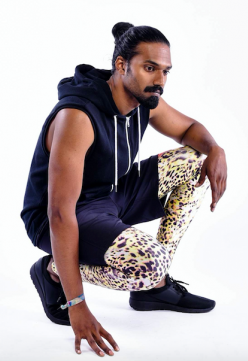 The origin of the name Kapow comes from the superhero world. The soul of the business is to imbue the same characteristics of superheroes into the wearer – confidence, attitude, vulnerability, and wanting to make a difference in the world, even if that’s just changing perceptions one pair of meggings at a time.

Both Ben & Jordan are frequent travelers and spend much of the year country hopping. This allows them to look for new trends, spot potential products to add to the range, and gain a deep understanding of the global Kapow customer. It also means keeping facetime with their suppliers, which they think is of underrated importance when running a global business. Over the next year they’re planning further international growth, new product ranges, more customer involvement (think parties and events), but most importantly the plan is to enjoy the ride, and bring good times wherever the Kapow journey might lead. 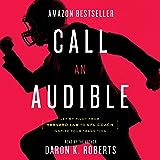 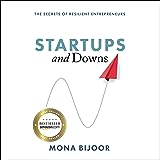