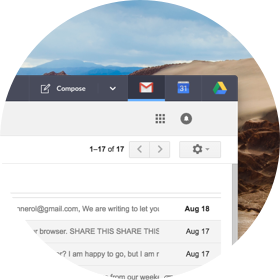 With Shift, the company’s goal is to address the many workarounds that Gmail users commonly resort to when managing their various accounts, such as running multiple browsers simultaneously, setting up different users in Chrome, and adding email accounts and aliases to their primary Gmail account.

“Many people today rely on multiple Gmail accounts and G Suite apps like Docs, Drive and Calendar for both personal and business purposes. One of the biggest frustrations users face is constantly needing to toggle between these multiple accounts,” said Redbrick CEO Tobyn Sowden. “You might need to view the Calendar for one account and Drive for another. That means logging in and out of the corresponding account or opening up multiple browsers or tabs, and generally cluttering up your browser. We built Shift to eliminate those pain points.” 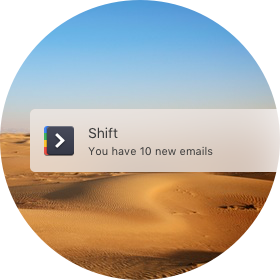 Shift is available as both a free and a Pro version for a yearly subscription of $19.99. The basic plan offers support for multi-account access; a sleek, clutter-free desktop application; easy switching between Mail, Calendar, and Drive; native desktop notifications; and cross-platform support for Windows, Mac, and Linux.

The Pro package is available to users for a free 30-day trial with access to several additional features. In addition to the features that come standard with basic plan, Pro plan upgrades include unlimited inbox accounts and support for additional email providers like Outlook, and a removal of the “Sent with Shift” signature.

In addition to their newest consumer-facing product, Redbrick also commands an ever-growing portfolio of B2B offerings focused on user engagement and solution-driven technology. 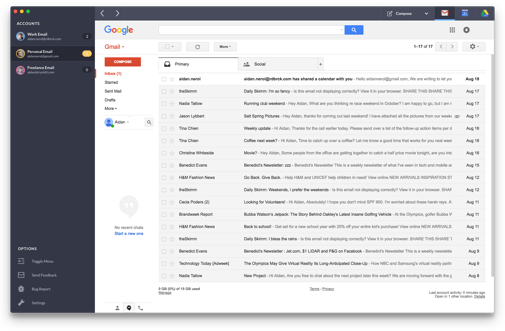 Redbrick was recently ranked 5th fastest-growing business in Canada and 2nd fastest-growing Canadian software company in the 28th annual PROFIT 500. The company reported growth of more than 8,200% between 2010 and 2015 and over 500,000 users across 200 countries and counting to date.

When asked about what excited him most about the newest product launch, Sowden said, “The simplicity and convenience that Shift delivers directly translates to an improved ability to stay on task and significantly greater productivity all around. That was our goal straight out of the gates, and that’s ultimately what we were able to accomplish.”

Shift is now available to the public as of December 20, 2016. Those interested in trying Shift Pro free for the first thirty days can learn more here.