admin May 28, 2016 The Latest New In Home-Based Business Comments Off on 10 Surprising Marketing Lessons Donald Trump Can Teach You 63 Views

Let’s face it. You may not agree with Donald Trump’s political views but you can’t argue with his marketing know-how. In the recent primaries he came from behind in a field of 17 highly competitive republican candidates and surprised everyone as the last one standing.

JP Maroney, CEO of Harbor City Capital and a serial entrepreneur, believes you can learn a lot about marketing your business by paying attention to these 10 lessons learned from Trump’s successful primary campaign.

“Good business marketing starts with understanding exactly who you’re selling to, what their biggest pains or frustrations are, and how you can solve those problems,” says Maroney. “You’ve got to know your market.”

Donald Trump very clearly zeroed in on his target market from the very beginning. He has mastered the art of selling his message of hope to people with a lot of pain – in this case people who believe there are some fundamental problems with America and who agree with his message theme of “Make America Great Again.”

You should identify the ultimate target audience for your product or service. Know what keeps them up at night. Uncover what drives them crazy. Discover the pain they’re experiencing.

Then, you can create solutions and marketing messages that specifically address their needs and make selling to them so much easier.

“Let’s face it, business is competitive, and if you’re going to stand out from the competition you have to make bold statements that resonate with your target audience and separate you from the pack of competitors,” says Maroney. Trump came out of the gate in his campaign with, “We’re going to build a wall.” Now, that’s a big, bold statement. A lot of candidates would never say anything like that for fear of turning people off.

But it worked for Trump because he knew that the audience he’s targeting feels the same way. Big statements like that take a lot of Kahunas to make but they attract attention and get you noticed by the people who matter.

“If you say the same thing everyone else is saying you’re going to get lost in the crowd,” suggest Maroney. “The last thing anyone wants is a ‘Me Too’ solution.”

You have to find your own voice, your own message, your own perspective. That’s what makes you unique and allows you to compete effectively. In business we call it a Unique Selling Proposition or a ‘USP’.

Trump is exceptional at this. One example is “I’m funding my own campaign and therefore I can’t be bought.” Whether you agree with that statement or not, it has worked for him. It separates him from the pack of competitors and positions him uniquely.

In your marketing, you need a voice that’s uniquely yours. One that’s unlike any of your competitors. A message that addresses their problems in a way no one else has before. It will set you apart and give you a competitive advantage over the other options in your niche.

“Far too many entrepreneurs try to be all things to all people and keep everyone happy,” warns Maroney. “Don’t fall into that trap.”

If you try to sell to everyone, you’ll end up attracting no one. A sure fire way to failure for an entrepreneur is trying to take the middle ground and please everyone. Trump isn’t trying to be all things to all people. Since he clearly understands his target audience he can craft his message in a way that attracts the people he wants while repelling those he doesn’t. “Take a stand, be known for something, and polarize your audience. This creates an even greater bond with the people you’re trying to attract.”

Most entrepreneurs don’t have an unlimited budget so being a strategic by focusing on your marketing strengths will help you succeed.

“In our business, we’re deploying millions of dollars in investor capital so we have to make every dollar generate a return on investment,” explains Maroney. “I often say ‘ROI or DIE!” which also happens to be the name of a book I’m publishing later this year.”

Trump has been strategic and very successful in deploying his resources during the primaries. In fact, in many states he spent a fraction of what others spenta and achieved even better results.

In business, where you often have a limited marketing budget, smart resource allocation is even more critical. Look for ways to get the most bang for your buck. Tightly target your best prospects.

“Entrepreneurs need to demand performance from every dollar spent. Not doing so isn’t just foolish, it can be fatal for your business.”

“If you’re not testing, you’re just guessing,” cautions Maroney. “In business, where money is on the line, that’s always a bad idea.”

During the primaries Trump can be observed testing new talking points, new ideas, and new ways of phrasing his message. If you watched closely you saw him keeping some, altering some, and dropping others completely. This is a result of testing, watching how the audience and media react, and adjusting as
needed.

One secret of famous comedians such as Jerry Seinfeld or Louis CK is to tell new unproven jokes in smaller markets. The reason is because if it bombs in Little Rock, Arkansas not many people will know. And you can tweak it before you get to Los Angeles.

“You should always be testing your marketing message, offer, audience, call to action, images, etc. As you learn what works best, keep and scale them while continuing to test new elements with every campaign.”

“I’ve seen many entrepreneurs find something that works in their business only to abandon it for the next shiny object,” says Maroney. “It’s a dangerous form of self-sabotage.”

Trump just keeps hammering home the same messages over and over again. Why? Because it’s working.

“You want to avoid the temptation of the Shiny Object Syndrome. Stick to your marketing message, and keep repeating the strategies and tactics that work.”

“The media needs you as much as you need the media,” says Maroney. “They’re trying to fill space every single day with content that attracts and holds their audience. If you become a valuable source for that content, the media can be a very powerful part of your overall marketing game plan.”

As a long time media personality and business celebrity, Trump knows this and uses it to his advantage. He knows what the media wants. They want controversy. They want shock and awe. They ultimately want to create buzz and generate ratings.

“I was repeatedly surprised at how many headlines on major news sites simultaneously contained Trump’s name during the primaries. He didn’t pay dime for that coverage which was way more than any received by the other candidates.”

There are over 100,000 media outlets in the US alone and they all need content. Once you create your image and successfully test your marketing you should be contacting media outlets everyday.

Use Donald Trump to connect with writers who cover your industry.

“People want to be part of something that’s happening,” says Maroney. “You can provide that opportunity and attract a following of your best prospects by starting a movement.”

Trump clearly started a movement in the primaries. Even in a big field of competitors he came from behind to lead the pack by attracting more and more people in a sort of snowball effect. He even attracted and engaged people who don’t normally vote and broke records in some states by getting more supporters to the voting booth.

By standing for something much bigger than yourself and bigger than your service or product you will create what direct response marketer Dan Kennedy has often called a “herd” or what author Seth Godin calls a “tribe.”

“Here’s the key. Identify a common enemy and a group of people who feel like you do. Tap into their pain and offer a solution. This automatically builds rapport and attracts clients to you.”

“Anybody who tries something big whether in business or politics is going to meet with resistance, setbacks, and failures” says Maroney. “It’s just part of the process.”

Trump doesn’t like to lose. That’s obvious. But during the primaries there were some states where he didn’t come in first. There were plenty of times during the debates where he was under attack from the media, moderators, and other
candidates.

“The factor that ultimately made the difference and allowed him to emerge the ultimate winner is the fact that he just didn’t quit. He was relentless.”

This word is probably the most overused word in business but it is essential if you are going to build a substantial business. Being relentless doesn’t mean you don’t fail. It means you don’t give up.

“My grandfather had a sign hanging in his office when I was a kid that said ‘Winners Never Quit, and Quitters Never Win. I’ve never forgotten that little phrase, and it’s gotten me through some pretty tough times during my 27 years of building companies.”

Trump doesn’t like to lose at anything and you should be the
same way. 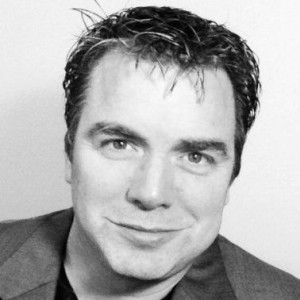 JP is a entrepreneurial veteran and business strategist for 25 years. Now considered a pioneer of Digital Marketing Arbitrage, Maroney has built a small, highly experienced team of performance marketing specialists, and is now expanding assets under management.

Previous Focus on Your Dream Business – Get a Dream Office
Next Considering Starting a Healthcare Business? Take a Tip from Health Wildcatters CEO Hubert Zajicek